The Complete Guide to Cruise Directors: What They Are and What They Do (Interview)

If you have been on a cruise you have probably seen a member of staff called the cruise director on board.  You may be wondering who they are and what they do on board the ship.

To answer these questions I interviewed a cruise director who has worked on multiple Royal Caribbean ships and surveyed past cruisers about how the cruise director affects their cruise experience.

Both ocean and river cruises have cruise directors onboard who are sometimes referred to as ‘cruise hosts’. The cruise director is usually one of the most recognizable members of the cruise ship crew.

What is a Cruise Director?

The most common way to become a cruise director is by working within the entertainment teams onboard and working up to the role of director.

I interviewed a friend of mine Daniel on my YouTube channel. Daniel has worked on multiple Royal Caribbean cruise ships as a cruise director. He had the following to say about his route to becoming a cruise director:

If you do want to be a cruise director they always hire somebody who has experience living and working on a cruise ship.

All cruise director quotes in this post are taken from the following live stream:

Being a Cruise Director is a very demanding but rewarding job. The activities undertaken by the cruise director will vary dramatically day by day and will often require long working hours.

A Cruise Directors Responsibilities Can Vary!

The photo above is of cruise director Adam onboard the Marella Discovery.
It was actually Adam who helped organize an event onboard where I shaved my head to raise money for charity

Below is a photo of me and Adam just before the shave. This isn’t something that’s a normal responsibility of a cruise director but Adam put me at ease instantly and did a fabulous job!

I’m sure Adam would agree this was one of the stranger days he’s had at work….

To watch the head shave, check out full video here.

What do Cruise Directors do?

Cruise directors host events, present theater shows and are in charge of onboard announcements. They also hold port talks and have many safety responsibilities.

When passengers have questions or need help the cruise director is often the person that they will ask.

Cruise directors make announcements across the ship on a tannoy system.

I personally can’t think of anything worse than having to do this, I used to work in a supermarket where I lived in constant fear of having to make a tannoy announcement. That said, cruise directors are well practiced in this skill.

The announcements can vary but common themes include:

Cruise directors do spend a lot of their time socialising with passengers, it’s part of the job!

Cruise Director Interview: Do You Spend a Lot of Time Talking to Guests?

A huge part of the job is talking to the passengers and it’s hard to find enough time for it because people usually want to see the cruise director and want to talk to them and chat.

You want to talk to as many people as possible but you also need to get the rest of the work done and so sometimes you have to think really hard about when you do your other work.

Theatre Shows Are Hosted by The Cruise Director

The cruise director will usually host the evening’s entertainment in the theatre. Pre-show they will come out onto the stage and introduce the show.

This is particularly impressive if you are cruising on a cruise line where multiple languages are spoken. On cruises with MSC and Costa, the cruise director will often do the introductory speech in 6 or 7 languages.

I am continually impressed by people who speak multiple languages, I only speak English and I still struggle with that sometimes!

Other events that may be hosted by the cruise director include things like trivia, game shows, and parties.

The cruise director will usually host a Q&A with the captain if the ship has one, if there are any celebrities on board they’ll also host the Q&A with them.

There is a common misconception that the majority of a cruise director’s job is front-facing.

Cruise Director Interview: Is Your Role Mostly Interacting With Passengers?

The front of house side of the job is such a small part of the role. Take the theatre shows for example. You’re on the theater stage for either 30 seconds or 10 minutes depending on how much you talk and then you go off stage. You do loads of other stuff whilst the show’s happening you come back at the end of the show.

On some cruise lines, the cruise director will be responsible for providing information about the ports of call.

On a river cruise line, this is almost always the job of the cruise director. Ocean cruises work slightly differently as they may have a member of the excursions team or a local guide speaking about the destinations you will visit. On occasion, you will find the cruise director doing this.

Cruise Directors are Responsible For Safety and Security

The cruise director has a big role to play when it comes to safety and security. They need to be constantly kept up to date with regulations and rules so the job includes quite a few meetings!

The priority of all cruise lines is to keep the guests safe, all crew members are responsible for playing different roles in emergency situations and the cruise director is no different.

Cruise directors are in charge of a large team and therefore responsible for organizing and planning upcoming events.

Cruise Director Interview: What Behind The Scenes Preparation do You do For a Cruise?

We plan the cruises about a month before. There’s still flexibility to change things but we have a nice structure so we know roughly what is happening and what people need to prepare for. For example, big events like in America the super bowl require a lot of pre-planning.

Are There Cruise Directors on River Cruise Ships?

On most river cruise lines you will find a person who has a role similar to that of a cruise director. They’re not always called a ‘cruise director’ but will usually perform similar tasks.

On a river cruise, the cruise director may be supported by a small entertainment team or 1 or 2 other staff members.

Cruise directors on river cruises will oversee the entire cruise operation and will be available to answer passengers’ questions at almost any time.

Unlike ocean ships, there aren’t really any staff areas on river cruise ships, which means that the cruise director is almost always available to passengers.

How do You Become a Cruise Director?

Working in industries such as hospitality, tourism, business, and management is always useful. Some cruise directors will come from land-based jobs in hotels/restaurants before transferring into the cruise industry.

What Skills do you Need to Become a Cruise Director?

Cruise directors have to be outgoing, fun-loving and have great organizational skills. They must have great communication skills and be happy to talk to guests all day every day.

Organization is a big part of being a cruise director, great time management skills is a must. Cruise directors must also be adaptable as to situation at sea can change with very little notice. Unexpected sea days are one thing that cruise directors have to be prepared for:

Cruise Director Interview: How do You Deal with Unexpected Sea Days?

I always made sure I had an emergency day planned out because we wouldn’t find out about an emergency sea day until maybe three hours before the guests.

Problem-solving skills are also important as the cruise director is often responsible for implementing a ‘plan B’ when things don’t go to plan. As a result, staying calm in stressful situations is important.

Getting a job as a cruise director is very competitive.

Once a person has a job as cruise director they’ll usually work on different ships within the cruise line. They may complete a contract on the Marella Discovery then move to the Marella Explorer for an example. Some cruise directors will also change the company once they have been in the role for a while.

A cruise director must be able to function and thrive on a small amount of sleep (I wouldn’t be much good at this one!).

How Much do Cruise Directors Make on Average?

Cruise directors don’t have to pay for accommodation or meals onboard so Cruise Directors get to keep the majority of the money they make.

What Other Perks Do Cruise Directors Receive?

In addition to salary cruise directors receive a number of other perks:

Cruise directors live onboard during their contract so are usually able to save quite a high percentage of their salary.

I have met a couple of crew members who work onboard while saving money for a house deposit or other expenses. Many crew members also send home their salary to support a family.

Taking a Cruise: Recommendations and Resources

Not Sure What to Book?
Learn everything you need to know to find and book the perfect cruise in my How to Cruise For Less cruise course.

Don’t Forget Your Travel Insurance:
You could be stranded abroad, lose your entire cruise fare, or be hit with MASSIVE medical bills if you don’t have cruise travel insurance. I use comparison websites/ht to compare quotes: Compare Quotes Here.

Book a Cruise:
Have a specific cruise you want to book or just need some help and inspiration? Get a cruise quote through us: Cruise Quote Form.

Our full list of travel recommendations can be found here. 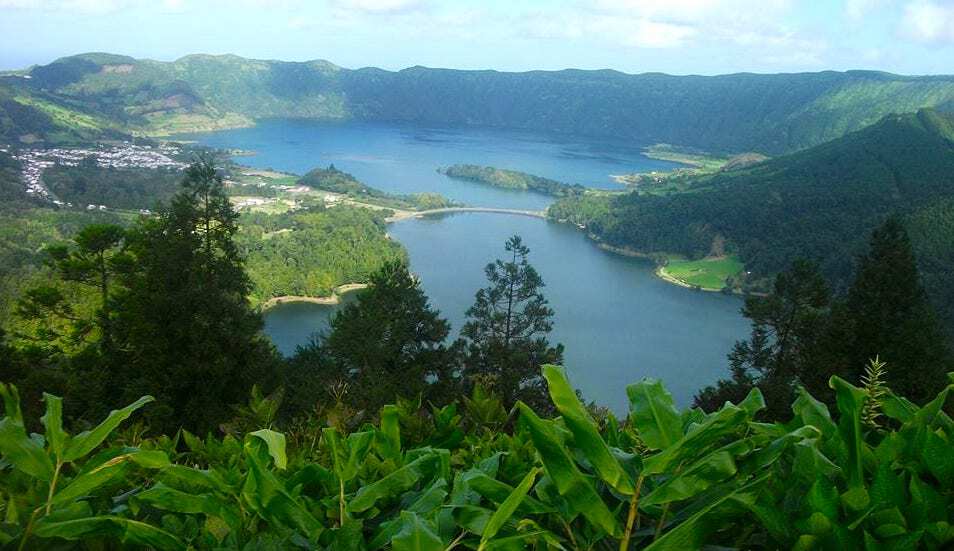 How do Cruise Lines Keep Track of Passengers? – Emma Cruises

[…] Tannoy announcements on cruise ships are usually done by the onboard cruise director, to learn what cruise directors do, check out this post: The Complete Guide to Cruise Directors: What They Are and What They Do (Interview) […]