How Much Does a Mediterranean Cruise Cost?

There are a number of things that impact the price of a Mediterranean cruise. The time of year, cruise line choice and itinerary all also have an impact.

The table below shows example prices for a selection of Mediterranean cruises. These cruises are take part during the months of April, August and November.

Each cruise was found directly on the cruise lines website and only one example from each cruise line was used for the comparison. The prices of cruises do of course vary but the prices below do provide a good example of what to expect. 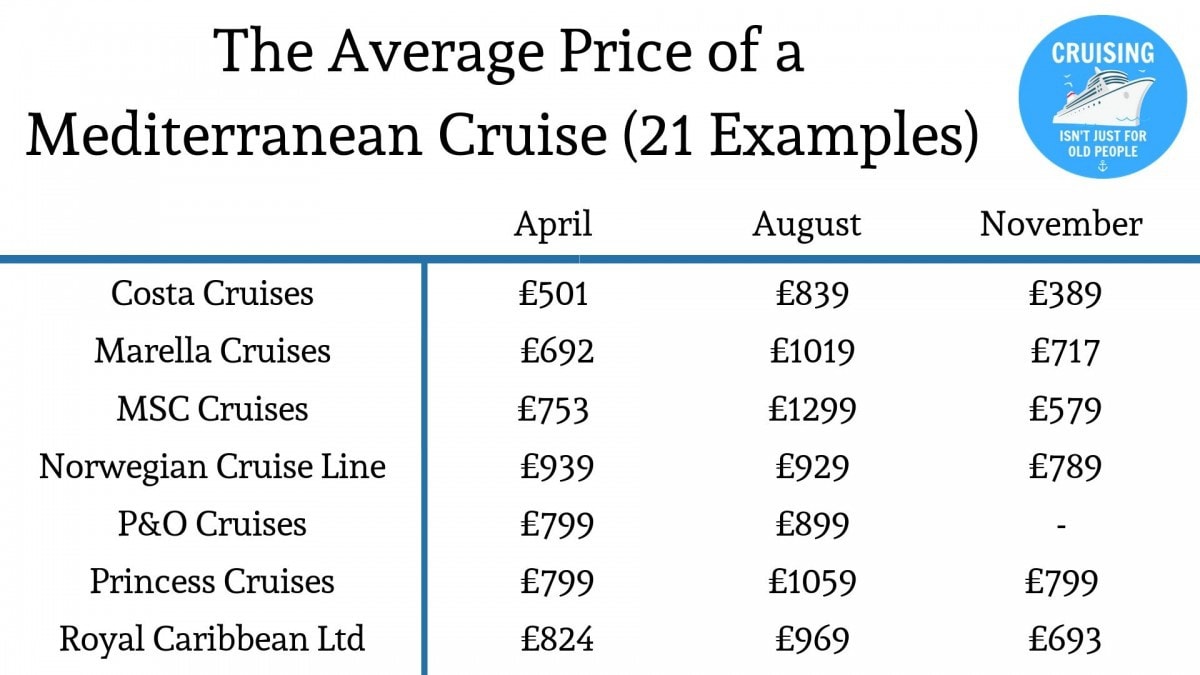 Price Variety by Time of Year

Winter is by far the cheapest time to cruise the Mediterranean. Cruises departing in November and February are usually particularly cheap.

I took a Mediterranean cruise in January and found that the destinations which we visited were considerably less busy than when I had previously visited in summer. The cruise itself was much cheaper and we rarely had to queue for anything. I actually braved the cruise ships waterslides despite the chilly temperatures, we had so much fun and never had to wait for anybody else to have a go, because we were the only ones crazy enough to do so!

Benefits of Cruising The Mediterranean in Winter:

Drawbacks of Cruising The Mediterranean in Winter:

Whats The Weather Like in The Mediterranean in Winter?

During our winter Mediterranean cruise the temperature was consistently around the early 20s(c), 70s(f). We didn’t see rain throughout the entire week and had consistently bright blue skies. I’m from the UK so being able to see blue skies in January is almost unheard of!

An exception to this rule is Christmas. I actually cruised the Mediterranean over Christmas and although it was brilliant, it was MUCH more expensive than the cruise mentioned above. By moving my cruise two weeks into January the cruise fare halved.

Christmas cruises are fantastic and I definitely would recommend one if you are considering it. 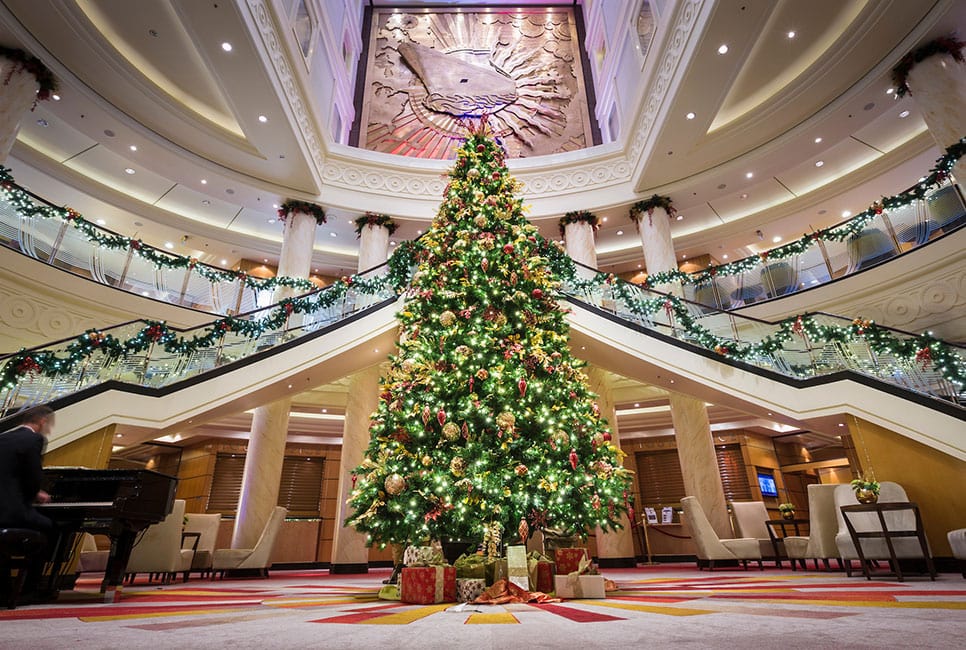 Cruising in the spring or Autumn (fall) is another good option if you are trying to save money. The weather is generally pretty good in most of the mediterranean year round and the prices of cruises outside of school holidays are considerably cheaper.

Benefits of Cruising The Mediterranean in The Spring or Autumn (fall):

Drawbacks of Cruising The Mediterranean in The Spring or Autumn (fall):

Summer is by far the most expensive time you can choose to cruise the Mediterranean. Most cruise lines prices on the above table have increased around £200-£300 per person simply by moving from April to August. If you are able to avoid the school holidays and instead cruise before or after you will see your cruise fare reduce.

The summer provides the best weather and all tourist attractions will be open. In most major ports in the Mediterranean there will be lots of other tourists around when you dock, this can either be viewed as a good or bad thing depending on your personal preference.

In some ports you will be docked with other cruise ships and there will be lots of land based holiday makers too.

Benefits of Cruising The Mediterranean in Summer:

Drawbacks of Cruising The Mediterranean in Summer: 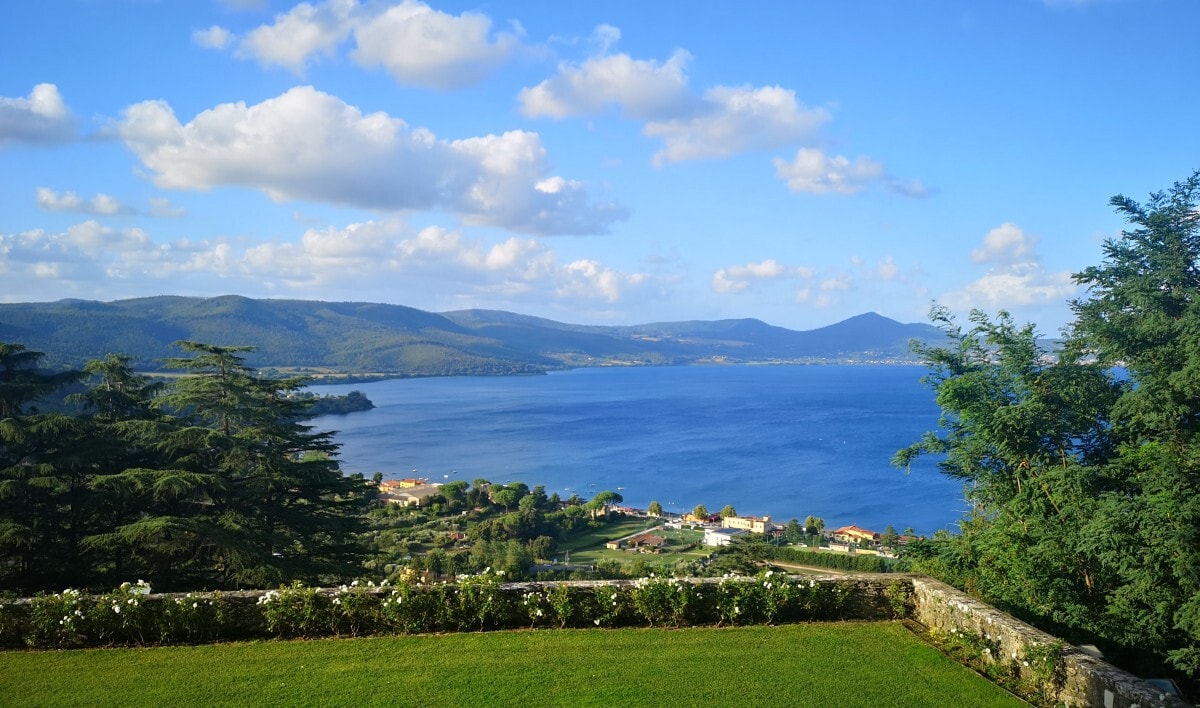 There are a number of cruise lines which cruise the Mediterranean. The 7 cruise lines discussed in this guide are all lines that I have personally cruised with and would recommend for other cruisers.

Costa and MSC are consistently the cheapest cruise lines to cruise the Mediterranean. Both are Italian cruise lines where the onboard experience involves multiple languages being spoken.

MSC Cruises are consistently winning awards as a family cruise line. They offer great value cruises and now include gratuities in the cruise fare. MSC are popular with young cruisers, families and groups. To learn more about cruising with MSC make sure you check out our recommend cruise line page: Recommended Cruise Lines.

Costa provide an Italian cruise experience, their ships are bright, colourful and always full of music. Costa cruises can be ridiculously cheap. I managed to cruise with Costa for around £40 per night which was brilliant. The food and entertainment onboard is primarily Italian with English being one of many other languages spoken onboard.

Marella, P&O and Princess are all mainstream cruise lines with similar price points. They are more expensive than MSC and Costa but provide a cruise experience which is geared to an English speaking audience. The quality of food on all three is very good and the entertainment is also great. (These are of course my opinions based on cruising with all three.)

Marella include quite a bit more than most cruise lines in their cruise fares. Marella are an ‘all inclusive’ cruise line which includes drinks and gratuities (tips).  To find out more about what Marella include, check out this post: Marella Cruises All Inclusive – What Does it Include?

P&O now include gratuities (tips) in their cruise fare. Princess do not, these will automatically be added onto your onboard account during the cruise.

To learn more about gratuities, including how they also affect drinks and spa treatments, check out this post so that you don’t have any nasty surprises on your cruise:

Marella Cruises are a British cruise line who are popular with families and cruisers of all ages. Marella were formerly ‘Thomson’ before rebranding as Marella in 2017. Marella are one of my personal favourite cruise lines because Marella cruises are great value and include a lot. The entertainment onboard is also some of my favourite at sea and the foods great too!

P&O are a British cruise line who focus on the family market. They often have cheap family deals and cruise primarily around Europe. The experience onboard is very British with lots of tea, Yorkshire puddings and UK plug sockets onboard! To learn more about what a cruise with P&O is like, check out our recommended cruise lines post here: Recommended Cruise Lines.

Princess Cruises are a cruise line owned by the Carnival corporation. They focus on high quality food, entertainment and service. Princess are definitely one of my favourite cruise lines, their ships are gorgeous and the experience onboard is very relaxing.

There is usually a variety of nationalities onboard Princess cruises but English is the primary language spoken onboard. To explore a Princess ship, check out this video:

Norwegian Cruise Line and Royal Caribbean are two of the biggest American cruise lines. They are possibly some of the most well known cruise lines who frequently advertise all over the world.

Both cruise lines focus highly on their ships which offer new and exciting features and experiences. They generally focus on the younger cruise/family market but do attract passengers of all ages.

Norwegian Cruise Line cruise worldwide. They focus primarily on freestyle cruising with an emphasis on choice and flexibility. There are no formal nights onboard and dinner is not served at a set time. I personally love the relaxed, fun nature of Norwegian cruises. Norwegian are particularly good at catering for solo cruisers, to find out why, check out my recommend cruise lines page here: Recommended Cruise Lines.

Royal Caribbean have the biggest cruise ships on the market and they constantly fill them ships with new and exciting innovations. It is almost impossible to be bored on a Royal Caribbean cruise, the daily schedule is busy and there are things going on around the clock. There are multiple dining options onboard all ships and the food is generally of a high quality.

To learn more about repositioning cruises check out my guide on the subject: 7 Benefits of Repositioning Cruises, Tried and Tested.

A longer cruise is, of course, more expensive than a short cruise. This however doesn’t necessarily work on a proportional basis. On most cruise lines a 14 night cruise will be less than double the price of a 7 night cruise. It is considerably easier for the cruise line to keep the same guests onboard than to keep having to change guests.

The day where guests embark and disembark is called turn around day and this is often the busiest day for cruise line staff. The cruise ship will have to disembark thousands of passengers by around 10am and will start receiving new passengers at 12pm. It’s amazing how it works really! 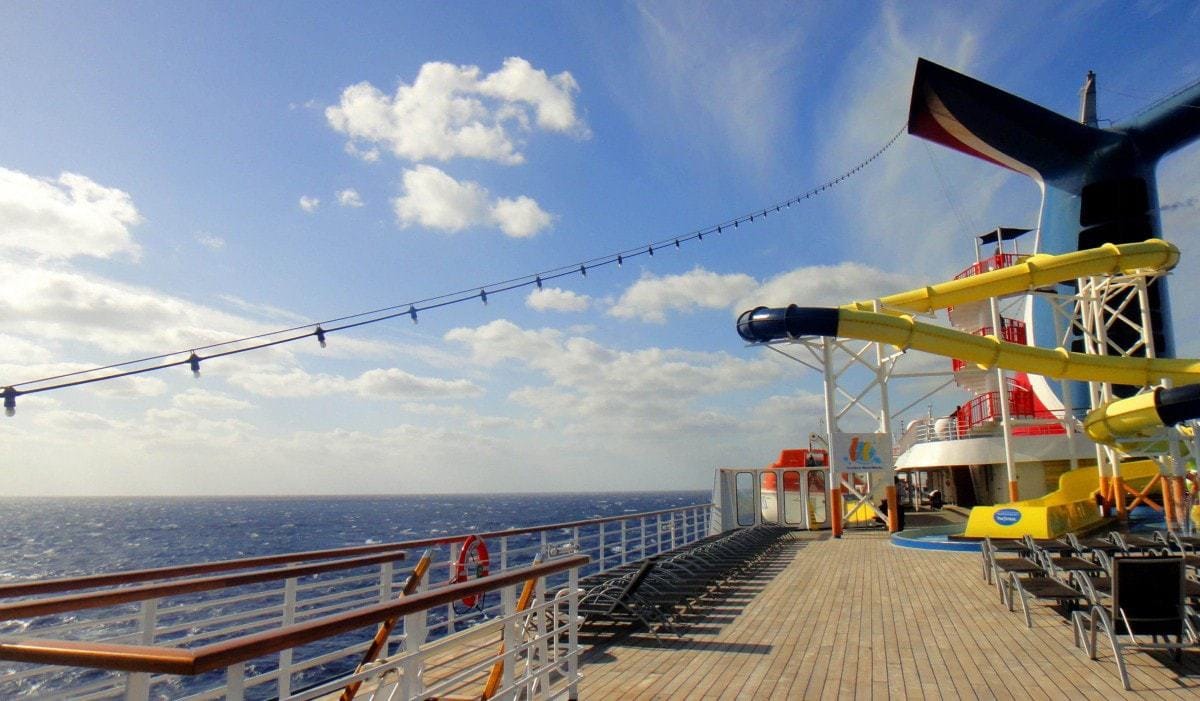 The below are the example cruises used in this post. These are only a few examples and may not be available when you reading this post. They provide a pretty good look at the typical pricing.

It turns out that Caribbean cruises are generally much cheaper:

How Much Does a Caribbean Cruise ACTUALLY Cost? (13 Examples)

Want to learn how to cruise well on a budget? Start here: How to Cruise For Less

Hey! I'm Emma. A cruise blogger, YouTuber and founder of the 'Cruising Isn't Just For Old People' Facebook community and website. You can learn more here: About Me.

link to When Cruises Resume, How Long Will it Take to Get The Ships Ready?

If you've ever considered taking a cruise or are looking for a job on a cruise ship, you may have heard housekeeping mentioned. The cleanliness of cruise ships is more important than ever,...

Hey! My names Emma, I'm a cruise blogger and YouTuber. I've been cruising since I was 11 years old and focus on helping you to master cruising on a budget. 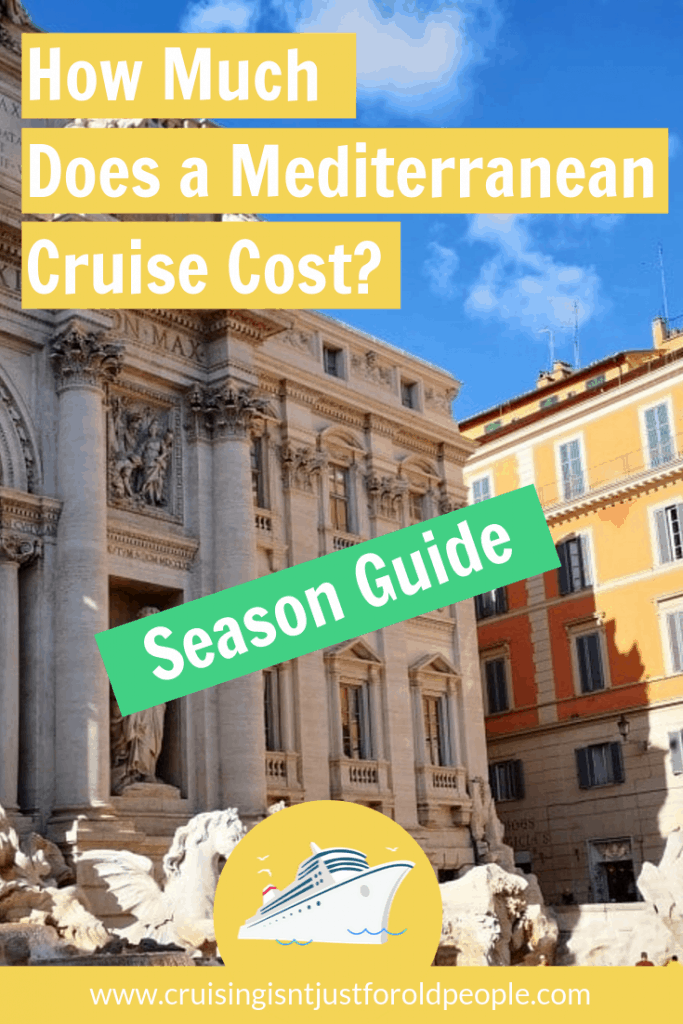